This is crazing. Really bad crazing! 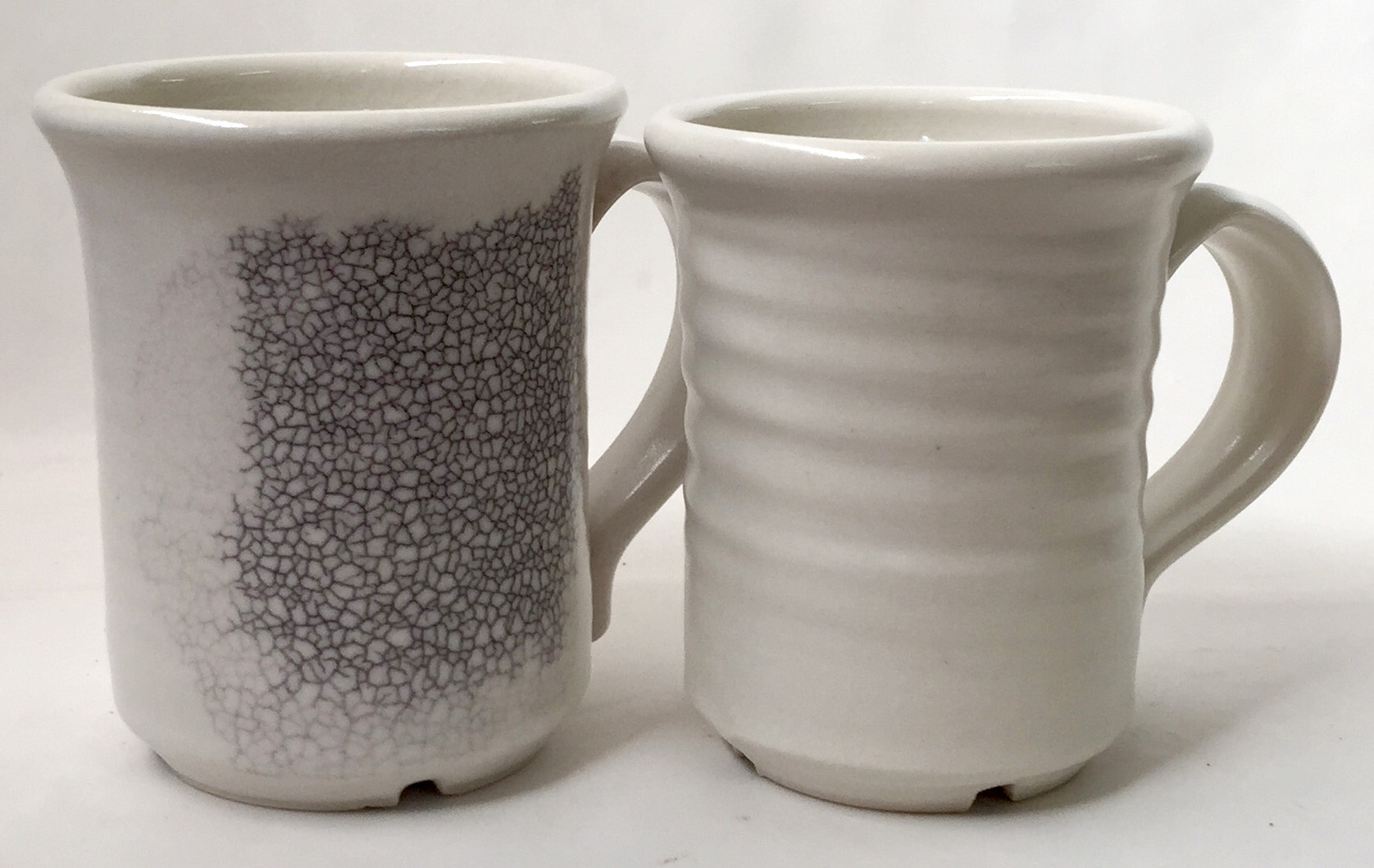 These two glazes look the same, they are both cone 6 satin mattes. On the same porcelain. But the matteness "mechanism" of the one on the left is a low Si:Al ratio melted by zinc and sodium. The mechanism of the one on the right is high MgO melted by boron (with the same Si:Al ratio). The "baggage" of the mechanism on the left is high thermal expansion. And crazing (which drastically reduces strength and provides a haven for bacteria). The glaze is "stretched" on the clay (because it has a higher thermal contraction). When the lines are close together like this it indicates a more serious issue (I have highlighted them with dye). If the effect is intended, it is called "crackle" (but no one would intend this on functional ware). The glaze on the left calculates to a high thermal expansion so the crazing is not a surprise.