Compare two glazes having different mechanisms for their matteness 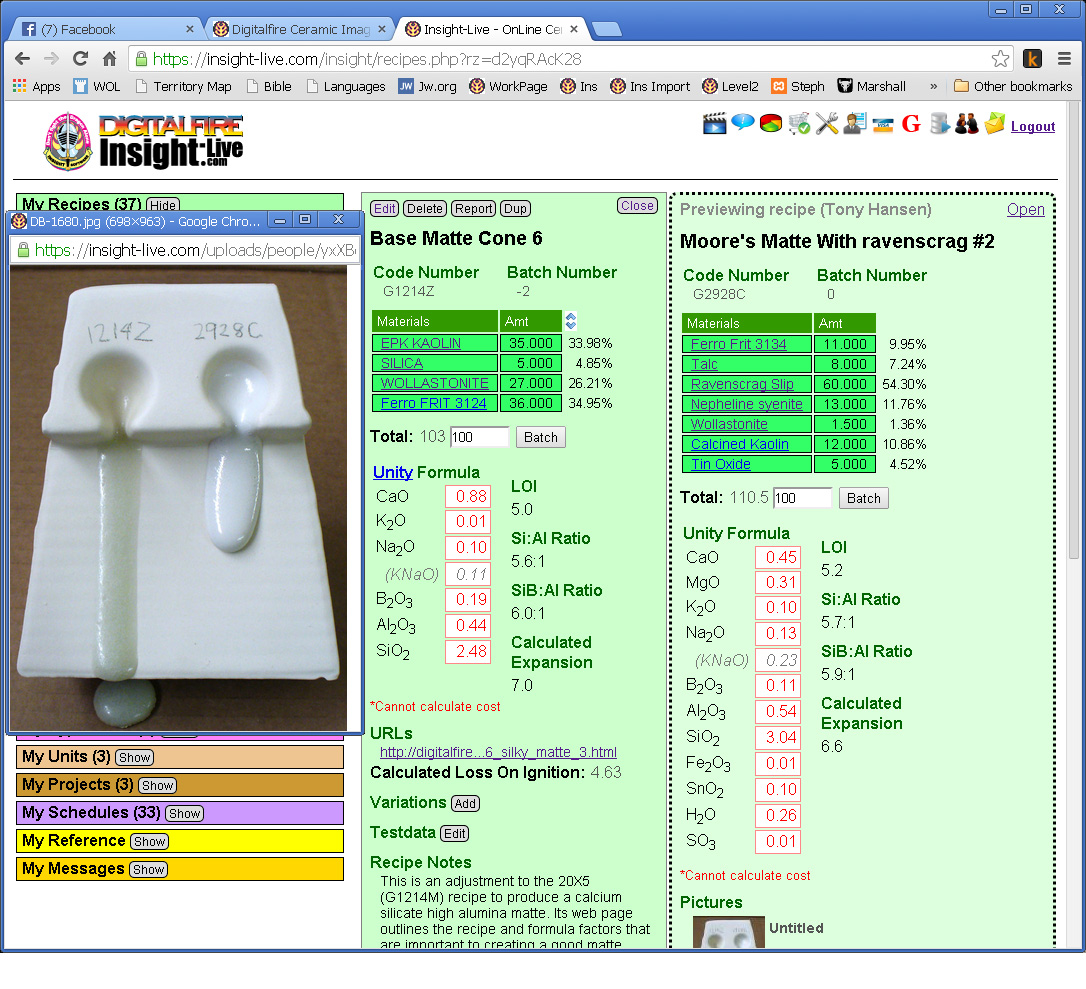 These are two cone 6 matte glazes (shown side by side in an account at Insight-live). G1214Z is high calcium and a high silica:alumina ratio (you can find more about it by googling 1214Z). It crystallizes during cooling to make the matte effect and the degree of matteness is adjustable by trimming the silica content (but notice how much it runs). The G2928C has high MgO and it produces the classic silky matte by micro-wrinkling the surface, its matteness is adjustable by trimming the calcined kaolin. CaO is a standard oxide that is in almost all glazes, 0.4 is not high for it. But you would never normally see more than 0.3 of MgO in a cone 6 glaze (if you do it will likely be unstable). The G2928C also has 5% tin, if that was not there it would be darker than the other one because Ravenscrag Slip has a little iron. This was made by recalculating the Moore's Matte recipe to use as much Ravenscrag Slip as possible yet keep the overall chemistry the same. This glaze actually has texture like a dolomite matte at cone 10R, it is great. And it has wonderful application properties. And it does not craze, on Plainsman M370 (it even survived a 300F-to-ice water IWCT test). This looks like it could be a great liner glaze.