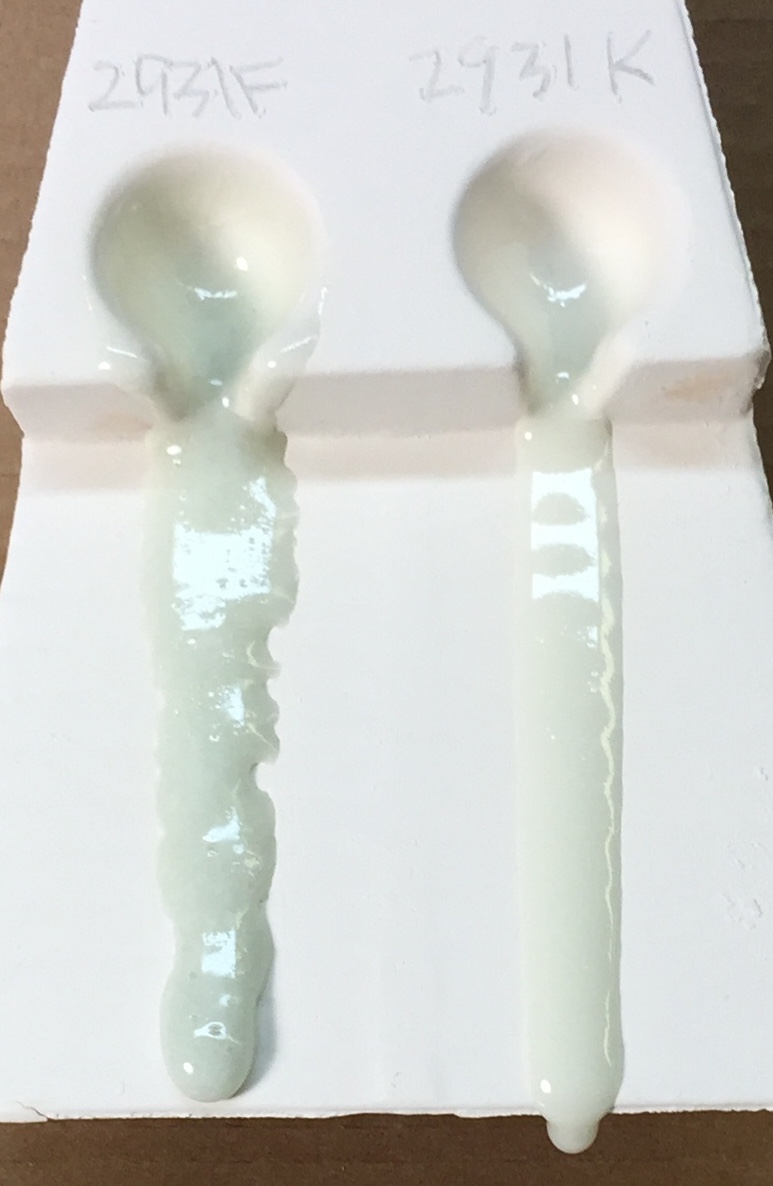 These two glazes have the same chemistry but different recipes. The F gets its boron from Ulexite, and Ulexite has a high LOI (it generates gases during firing, notice that these gases have affected the downward flow during melting). The frit-based version on the right flows cleanly and contains almost no bubbles. At high and medium temperatures potters seldom have bubble issues with glazes. This is not because they do not occur, it is because the appearance of typical glaze types are not affected by bubbles (and infact are often enhanced by them). But at low temperatures potters usually want to achieve good clarity in transparents and brilliance in a colors, so they find themselves in the same territory as the ceramic industry. An important way to do this is by using more frits (and the right firing schedules).