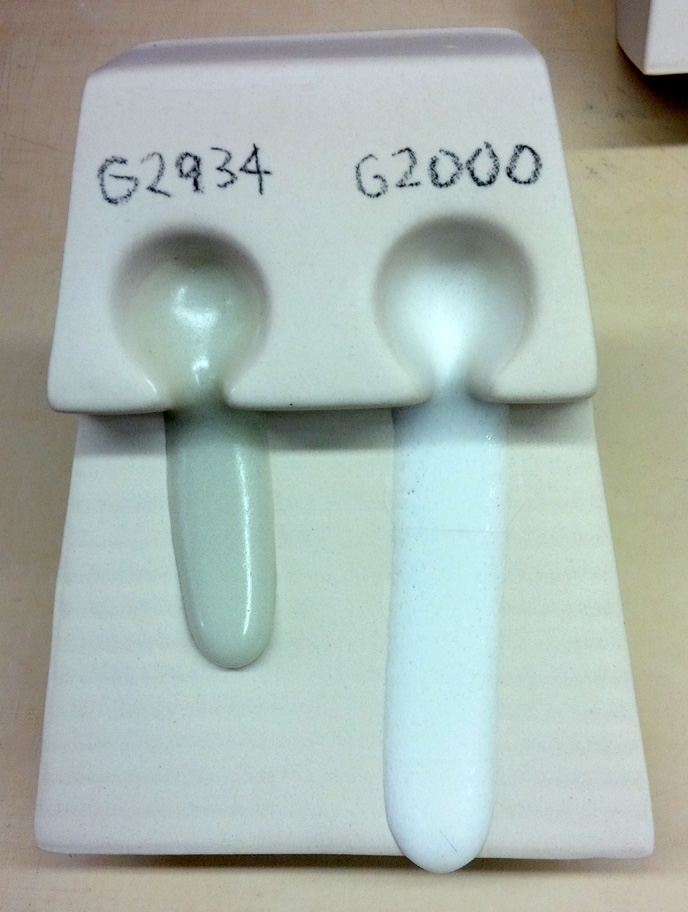 A melt fluidity comparison between two cone 6 matte glazes. G2934 is an MgO saturated boron fluxed glaze that melts to the right degree, forms a good glass, has a low thermal expansion, resists leaching and does not cutlery mark. G2000 is a much-trafficked cone 6 recipe, it is fluxed by zinc to produce a surface mesh of micro-crystals that not only mattes but also opacifies the glaze. But it forms a poor glass, runs too much, cutlery marks badly, stains easily, crazes and is likely not food safe! The G2934 recipe is google-searchable and a good demonstration of how the high-MgO matte mechanism (from talc) creates a silky surface at cone 6 oxidation the same as it does at cone 10 reduction (from dolomite). However it does need a tin or zircon addition to be white.