Yikes. Cutlery marking this bad on a popular glaze! 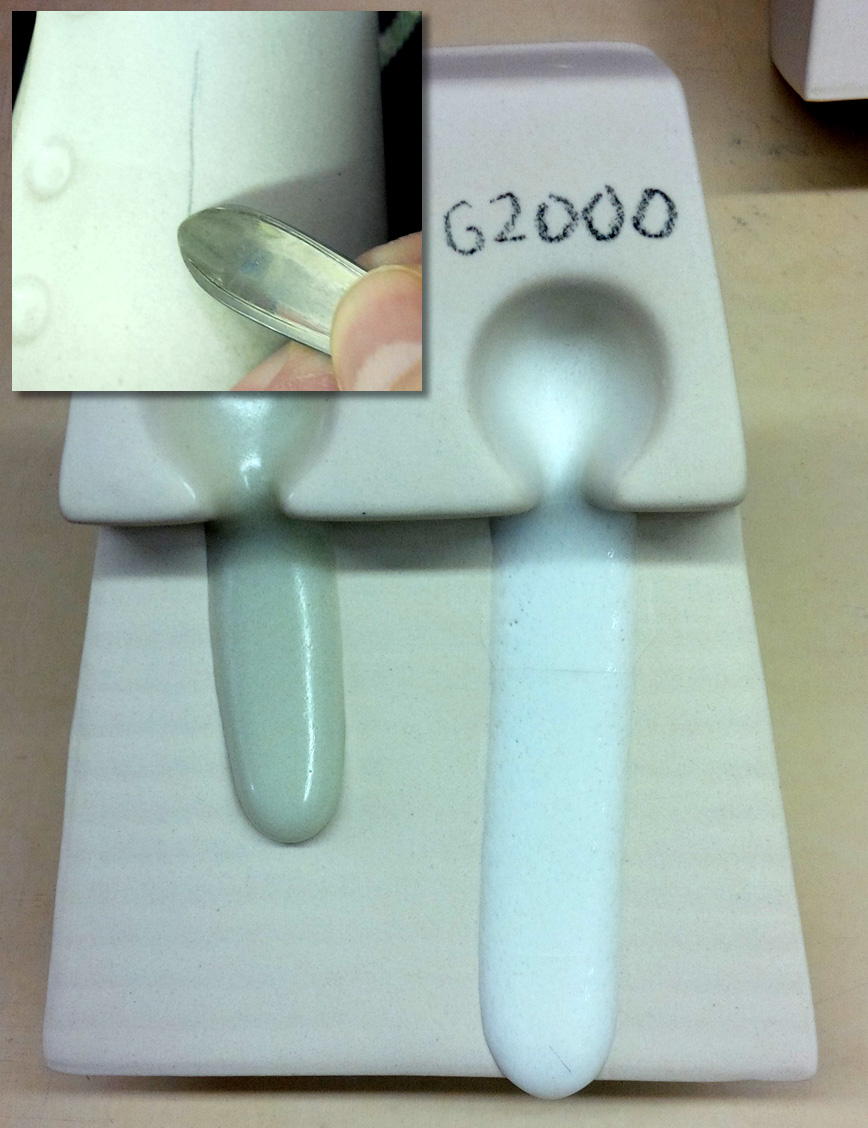 An example of how a spoon can cutlery mark a glaze. This is a popular middle temperature recipe used by potters. The mechanism of its matteness is a high percentage of zinc oxide that creates a well-melted glaze that fosters the growth of a mesh of surface micro-crystals. However these crystals create tiny angular protrusions that abrade metal, leaving a mark. Notice the other matte flow on the left (G2934), it not only has a better surface (more silky feel) but also melts much less (its mechanism is high MgO in a boron fluxed base). It is does not cutlery mark at all!