6% rutile is too much in this cone 6 oxidation glaze 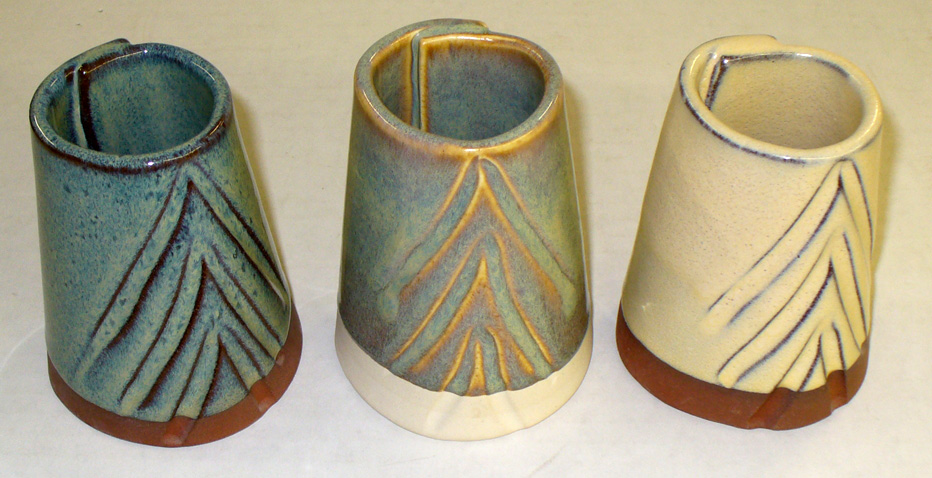 Rutile variegates glaze surfaces. But it also opacifies at higher percentages. The blue effect is a product of crystallization that occurs during cooling, it is thus dependent on a slower cooling cycle, especially above 1400F. This is GA6-C Alberta Slip glaze with 4, 5 and 6% rutile. At 6% the rutile crystallization has advanced to the point of completely opacifying the glaze. At 5% the blue is still strong, even on a buff burning body. The loss of color occurs suddenly, somewhere between 5 and 6 percent. Rutile chemistry varies from batch to batch. The blue develops differently on different bodies. So do you want to play "at the edge", with 5% in the glaze, in view of these other factors and the finicky firing curve needed. Change in any of which could push it into the blueless zone?